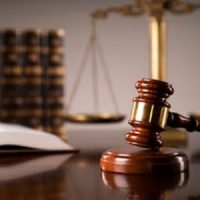 A recent case from the Appellate Court of Connecticut establishes a firm reminder that findings of work capacity or maximum medical improvement must officially be made by a Workers’ Compensation Commissioner before they can be relied upon during an appeal or on remand to a lower court. The defendants in the case of Arrico v. Board of Education of the City of Stamford, et al. (2022) sought to overturn a ruling that the Compensation Review Board erred in overturning the findings of the Commissioner.

The plaintiff had been employed by the City of Stamford as a custodian when he incurred a ‘compensable injury.’ He was able to conclude two voluntary agreements with his employer which established a 16 percent permanent partial disability rating, and did the same when he suffered another back injury a few years later. The year after his second injury, the defendants filed a Form 36, declaring their intent to discontinue benefits, as a physician had examined the plaintiff and declared that (1) he had reached maximum medical improvement; and (2) he had a work capacity. The plaintiff objected, but after a hearing, the Form 36 was approved.

The matter was then taken to the Workers’ Compensation Commissioner for the district, who issued a de novo ruling approving the form (that is, after a brand new review of all relevant evidence). The commissioner noted the findings from multiple physicians that the plaintiff was indeed totally disabled, but ascribed the disability to non-compensable injuries. Most importantly, the commissioner noted the opinions of the physicians, but did not make an official finding that any further care for the plaintiff’s injuries would be palliative, nor did she make an official finding that the plaintiff had a work capacity. No language to that effect exists in her ruling.

The plaintiff appealed to the Board of Compensation Review, on specific grounds, arguing that the commissioner committed error in determining any future care for him would be palliative (that is, no longer in service of curing the condition), and that in determining that his disability was the result of non-compensable injuries. The board concurred on both issues. The rationale was that (1) the issue of whether the plaintiff’s further care would be palliative was not at issue in the hearing; and (2) that the manner in which the commissioner had addressed the disability issue was improper, even if the board agreed with her ultimate conclusion.

In order to rely on a decision from a workers’ compensation commissioner or other official, an official finding must be made placing that fact on record. The commissioner in Arrico noted the physicians’ findings, and “opined” as to their validity, but never made an actual finding regarding the plaintiff’s work capacity or maximum medical improvement. As the court stated, “the board could not have affirmed the commissioner’s decision on the basis of a finding that the commissioner never made.” Between that and the improper discussion of palliative care for the plaintiff, the Court found that there was reason to remand proceedings back to the commissioner for further review.

Connecticut workers’ compensation law can be quite complex, full of procedural details that may confuse a person who just wants to get the benefits they deserve. If you have been injured on the job, a Stratford workers’ compensation attorney from the Morizio Law Firm can help guide you through the process of trying to get your benefits. Contact our office today at 475-338-3505 for a free consultation.