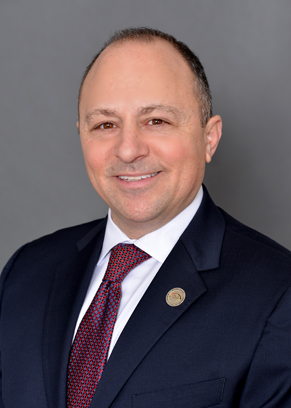 Lawrence Morizio is the President and founding partner of Morizio Law Firm.  His mission is to help Connecticut workers who have been injured on the job to obtain the proper medical treatment and full compensation benefits they deserve under the law. Representing clients in Stratford and throughout Connecticut, he specializes in the area of workers’ compensation law and advises clients on legal matters that relate to receipt of workers’ compensation benefits, including social security disability, unemployment and short/long-term disability. His caseload includes a wide variety of injuries sustained by employees, from repetitive stress and hypertension to catastrophic injury.

Since 2005, Mr. Morizio has been re-certified by the Connecticut Bar Association as a Board Certified Specialist in Workers’ Compensation law. He is one of only approximately 50 attorneys in the state to hold that distinction which is earned by passing a rigorous written examination, maintaining continuing legal education credits on a yearly basis and obtaining references within the specialty.

Mr. Morizio earned his law degree from the Quinnipiac University School of Law, where he received honors for his work in a civil law clinic and graduated in 1998. Prior to law school, he graduated from Rutgers University. Today, Mr. Morizio is admitted to practice in the state courts of Connecticut and New York, as well as the U.S. District Court for the District of Connecticut.

Mr. Morizio was recently appointed in 2017 by the Chief Justice of Connecticut’s Supreme Court, Honorable Chase T. Rogers, to the Minimum Continuing Legal Education Commission after the state legislature enacted the statute requiring attorneys to obtain twelve (12) credits of CLE per year. In February 2018, Mr. Morizio was invited to the mid-year conference held by CLEReg, the national association of CLE regulators, and presented on the details of Connecticut’s new MCLE rule.

Mr. Morizio is a frequent lecturer and moderator for educational events and seminars, particularly with the Connecticut Bar Association. He was appointed by the Chairman of the Workers’ Compensation Commission to serve on the Symposium Committee of the 100th Year Anniversary of the Workers’ Compensation Act. He helped organize the sixteen CLE and CME programs for the event and his firm was also a sponsor – the event raised over $122,000.00 for the Connecticut Disabled Workers’ Scholarship Fund.