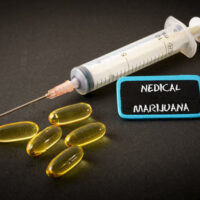 As of May 2021, 36 states and 4 territories allow use of cannabis products for medical reasons, though which ‘medical reasons’ do vary from state to state. However, the proverbial jury is still out on whether workers’ compensation systems should cover the cost of cannabis products. Different courts have ruled in different ways, but Connecticut has past jurisprudence which holds that such products can and often do constitute reasonable and necessary medical treatment. There is no reason this should change.

The 2016 case of Petrini v. Marcus Dairy, Inc. and Gallagher Bassett Service came about when a worker who had sustained a ‘compensable lower back injury’ wanted to switch from taking several opiate prescriptions to manage chronic pain and depression to using medical marijuana. The plaintiff did his due diligence and eventually obtained the proper certification to use a certain amount per month, experiencing significant improvement in many of his symptoms. However, the cost eventually became too much for the plaintiff’s budget.

At trial, the Workers’ Compensation Commission adjudicator found that medical marijuana was a reasonable and necessary method of treatment for the plaintiff, and his costs should be covered by workers’ compensation. The plaintiff’s employer and their insurer filed a Motion to Correct, arguing (among other objections) that since the plaintiff’s use of marijuana is palliative rather than curative, it is not “reasonable” or “necessary,” and that since marijuana is still a Schedule I substance illegal under federal law, and there are several potential negative outcomes associated with using marijuana in general.

The court conceded at the time that Connecticut’s workers’ compensation regulations did not specifically address whether workers’ compensation should cover medical marijuana-related care. However, the evidence submitted to the court clearly showed that medical marijuana use yielded a significant improvement in the plaintiff’s symptoms, and state jurisprudence holds that reasonable and/or necessary medical care is either curative or remedial – “[that which] seeks to repair the damage to health caused by the job.”

Ultimately, the Compensation Review Board found for the plaintiff, ruling that the defendant-respondents (the employer and insurer) had to pay for the cost of medical marijuana going forward, as well as reimbursing the plaintiff for out-of-pocket expenses. Until the Connecticut legislature sees fit to refine the state’s workers’ compensation regulations, Petrini is controlling. While every case is different – for example, a plaintiff may not have a qualifying condition which allows them to use medical marijuana in the first place – the Petrini decision offers a solid basis in law and fact that future legislation can be built upon.

While it remains to be seen which path the Connecticut legislature will eventually take with regard to medical marijuana coverage under workers’ compensation insurance, for now there exists jurisprudence which may convince a commissioner. If you have questions about your case, contacting an experienced Stratford workers’ compensation attorney from the Morizio Law Firm may help to get them answered. Call our office today at 475-338-3505 for a free consultation.