What Is An “Osterlund” Claim In Connecticut? 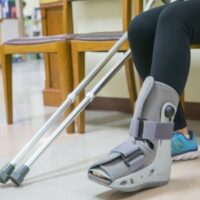 When someone is injured on the job in Connecticut, they are generally entitled to workers’ compensation benefits, either for a permanent or temporary disability, which can be total or partial. However, in some situations, an employee’s working capacity can actually be damaged or destroyed by their injury – in other words, the nature of their injury can play a direct role in their overall employability. This is referred to as an Osterlund claim, and while it is possible to prevail in these cases, it is extremely difficult, especially if you lack legal representation.

A Brief History of Osterlund Claims in Connecticut

Osterlund claims date back to the 1949 case of Osterlund v State, in which a carpenter was injured on the job, but his application for temporary total disability benefits was declined because he had sought work outside the carpentry field. The Superior Court held that the injured worker was entitled to permanent total disability benefits because while he had sought gainful employment, he had been unable to find any, and he was unable to work in his chosen field due to his injury. The mere fact that the worker had tried to find employment was deemed to have nothing to do with his capacity to work.

What to Know About Filing an Osterlund Claim

In the modern era, Osterlund claims are quite rare, but they do happen. Several factors must be considered before a ruling can be made, including (but not limited to) the claimant’s age, education, ability to speak English (if they are not a native speaker), the person’s job capabilities, and mental or physical limitations. The work injury has to be the majority reason for the employee’s incapacity, though it does not have to be the only one.

The crux of an Osterlund claim is the claimant being able to show that they have diligently searched for employment, but with no success, and that it is primarily due to their injury – in the original case, the carpenter was searching for employment in the carpentry field, but no one would hire them due to their continuing disability.

The Bottom Line: To bring a successful Osterlund claim in Connecticut, an injured worker must demonstrate the injury not only caused permanent impairment but also the inability to perform any gainful employment. This is often done via expert opinions – for example, physicians and vocational workers may be able to assist in establishing a lack of transferable skills.

Be aware that insurers and employers very often challenge the evidence you present. For example, functional capacity tests can be used to determine someone’s lack of employability – but they can also be used to assert that the injured employee can work, or even to accuse the employee of malingering. Osterlund cases require the right evidence, and the right representation, but you can prevail with the right plan of attack.

Osterlund claims require an experienced attorney who understands the specific nature of this area of law. If you have questions or concerns about your potential claim, contacting a Stratford workers’ compensation attorney at the Morizio Law Firm can be the first step in getting them handled. Call our offices today for a free consultation.