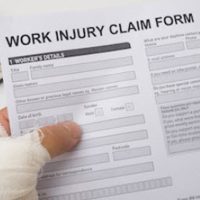 The plaintiff had been injured on the job, falling down ‘several stairs’ and injuring herself. Her supervisor helped her up and eventually allowed her to leave work early to seek treatment for her injuries and the pain they were causing. Despite medical assistance, the plaintiff’s pain did not abate, and she advised her immediate supervisor of her intention to file a workers’ compensation claim. He advised her to do so, and she visited the office of the defendant’s insurer in order to get the ball rolling.

An employee of the insurer helped the plaintiff to complete the initial injury report, and told her that she would file the claim on the plaintiff’s behalf. Critically, the plaintiff did not know exactly how long she had in which to file her claim – but the employee had specifically told her that she had two years in which to file, and she relied upon that statement. Later communications from the insurer were also interpreted as her claim being initiated, when in reality, the questions and paperwork were setting the groundwork for filing, not part of the filing itself.

In reality, Connecticut law allows only one year from the date of an accident in which one can file a claim for workers’ compensation, and because of this, the defendant sought dismissal of her claim, arguing that Form 30C (the true method of initiating a workers’ compensation claim) had not been filed in time and thus, they did not have proper notice of the plaintiff’s claim. The plaintiff argued that under the totality of the circumstances test, the defendant had notice of her intent to file a claim within 1 year, and that was enough to qualify.