The “Exclusive Remedy” Rule In Connecticut 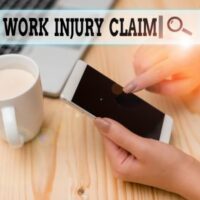 In Connecticut, as in most U.S. states, the right to workers’ compensation coverage if you are injured at work is an “exclusive remedy,” meaning that if an injured employee accepts workers’ compensation coverage, they cannot then sue their employer for negligence. The rationale is that the injured employee should not recover twice. However, there are certain very rare exceptions in which a worker hurt on the job may be able to file suit against their employer. Because the exceptions are so rare, it is crucial to consult an experienced attorney before pursuing a case based on any of them.

The Connecticut Workers’ Compensation Act was passed in 1913, with the exclusive remedy rule contained therein. If you are injured on the job, it can seem unfair that you have no right to file suit against an allegedly negligent employer, but the tradeoff is that you can seek immediate medical treatment for your injury without having to spend time and trouble in court arguing over fault (or lack thereof). No-fault coverage is seen as an acceptable trade for employers being insulated from lawsuits which could conceivably cost them even more in the long run.

There are three exceptions to the exclusive remedy rule, any of which may give you the right to file suit against an (allegedly) negligent employer in court. The first is if the employer’s (or another employee’s) “serious or willful misconduct” caused your injuries – if this happens, the ‘bargain’ between the employer and the employee is seen as broken. There is a strong case, when this happens, for arguing that the employer failed to exercise reasonable care toward their employee if their misconduct caused such an injury.

In all three exceptional situations, the employer can be said to have broken the bargain with the employee; a failure to live up to its end of the bargain effectively absolves the injured employee from upholding their promise not to file suit. In addition, if the employer does not have workers’ compensation coverage even though they are required to by law, a case may be made that negligence exists as a matter of law – in other words, the employer is automatically negligent because they broke a law designed to protect a certain class of people, injuring one of that class (an injured worker).

In the overwhelming majority of situations, an injured employee does not have the right to file suit against their employer, but exceptions do exist, and it is a good idea to be familiar with them in case one of these unusual situations does come to pass for you. If you have questions or concerns about your case, the Stratford workers’ compensation attorneys at the Morizio Law Firm are happy to try and assist you. Call our offices today at 475-338-3505 for a free consultation.