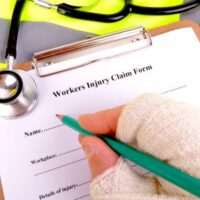 Undocumented immigrants are, at least in theory, not permitted to work in the United States. However, many still succeed in securing employment, and while it may come as a shock to the average person, once an undocumented worker is gainfully employed, they are entitled to every right that a documented immigrant or U.S. citizen would receive as an employee. This includes the right to collect workers’ compensation if they are injured on the job – but too often, employers will try to deny those rights. It is often a good idea to consult an experienced attorney.

Hiring undocumented immigrants is unlawful, because by definition, ‘undocumented’ means that a person lacks proper authorization to live and work in the United States, and employing them is in violation of immigration laws. However, employers in many different industries can and do hire people without immigration status. When hiring, an employer is required to ask for proof of status, but the documents do not have to be established as valid; they must only “reasonably appear to be genuine.”

If an employer knows that an employee is undocumented, they must terminate that worker. However, employment discrimination law, specifically Title VII of the Civil Rights Act of 1964, does not permit an employer to discriminate based on national origin alone, particularly in cases where the worker has filed a discrimination complaint. If you have been injured on the job in Connecticut, you are protected by the state’s workers’ compensation law, regardless of immigration status. This means you are entitled to the same benefits that a U.S. citizen or immigrant with documentation would receive if they were injured in the same way.

This was not the case as recently as 2019 – but over time, the Connecticut legislature has expanded the rights of undocumented immigrants to receive benefits, essentially holding that immigration status is irrelevant to the issue of workers’ compensation. As long as the person petitioning for benefits can show they are unemployable due to injury, they have met their burden under workers’ compensation law.

It is perhaps understandable for undocumented immigrants to fear deportation if they attempt to collect benefits based on a job they should not have – but Connecticut law guarantees that right to all workers, regardless of status, and it cannot, at least in theory, be held against someone by U.S. Citizenship & Immigration Services (USCIS) or Immigration & Customs Enforcement (ICE). If it is, you have the right to fight against deportation proceedings.

Whether someone has immigration status in the U.S. or not, they need to work to make ends meet. If you are injured on the job, Connecticut is one of the states that grants workers’ compensation rights to all workers, no matter your citizenship status. The Stratford workers’ compensation attorneys from the Morizio Law Firm can help guide you through a workers’ compensation claim, and work hard to ensure that it can be concluded in your favor. Call our offices today at 475-338-3505 for a free consultation.

By Morizio Law Firm | Posted on December 22, 2021
« The “Exclusive Remedy” Rule In Connecticut
I Lost My Job While Out On Workers’ Compensation Leave! »