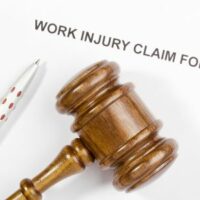 A plaintiff injured at work, who files for workers’ compensation, wants the process to be simple and smooth – after all, they want to focus more on healing than on having to deal with layers of bureaucracy at one’s insurer. Historically, it has been hit-and-miss dealing with your employer’s workers compensation insurer. No insurance company wants to pay out claims, and very often, in order to have yours covered, you must go through a long, drawn-out process of evidence submission. In recent years, however, insurers have sought to automate the process of claim adjudication, which can have a profoundly positive effect on clients and attorneys.

It is generally in the best interests of an injured employee for their employer’s workers compensation insurer to be automated – for example, historically, a claims adjuster might call a person’s house to provide an update on their case, and the two could play phone tag for months. In recent years, a simple text or e-mail has been used instead, cutting down on time and money spent on each case. In addition, being able to immediately connect with your insurer’s claims adjuster would also, at least in theory, minimize anxiety – instead of being a faceless number in an endless machine, you may conceivably develop a more individualized relationship with the professional handling your case.

Automating the process also benefits claims adjusters – the common example is receiving hospital records via e-mail or web link, instead of requiring physical papers or films be carted from place to place. Requests for claim status updates can also be automated – the insurance software manufacturer Mitchell reported in March 2021 that according to survey data, only 22 percent of employees said that their agency or organization processes more than 25 percent of the medical bills that come in via automation. The opportunity is clear.

It may seem counterintuitive to argue that automation may actually humanize the process of making a workers’ compensation claim, but if claims adjusters are not tied up doing busywork, they can use their energies to be in contact with the people who really matter. Some clients may prefer self-service, with a minimum of interaction – but others may feel less alienated if they are able to interact with a real, live human being during what can be a scary time in their life.

If you have been injured on the job, you have the right to seek compensation – but depending on your employer and their insurer, the process may be more efficient for some than others. Either way, a Stratford workers’ compensation attorney from the Morizio Law Firm can help ensure that your interests are properly represented. Being injured, especially if the results are severe, can require all your attention. Contact our offices today at 866-225-9496 for a free consultation.