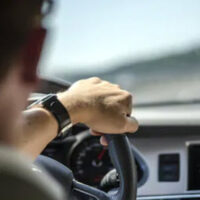 Of course, the line between “employee” and “independent contractor” has become blurred in recent years due to the rise of the so-called gig economy. Many large companies now rely almost entirely on workers classified as independent contractors to carry out their core business functions.

You may have read the recent news involving a legal battle between two of the largest gig economy employers, Uber and Lyft, and the State of California. The core of this dispute is whether the drivers who provide Uber and Lyft’s ride-sharing services should be classified as employees under a recently adopted California law called Assembly Bill (AB) 5.

AB 5 codified an earlier ruling from the California Supreme Court that implemented a particular test for deciding how to classify workers. Known as the “ABC test,” this rule presumes that a person who provides labor or services for compensation “shall be considered an employee rather than an independent contractor” unless the “hiring entity” can meet three specific conditions.

Conversely, Uber and Lyft drivers provide the very rides that are sold on those platforms to consumers. According to the State of California, that makes the drivers employees. Uber and Lyft argued they really provide “multi-sided platforms” that just happen to be used to match drivers and passengers.

In an August ruling, a California Superior Court judge found that Uber and Lyft’s reasoning “flies in the face of economic reality and common sense.” More to the point, it is a deliberate attempt to undermine AB 5. The judge initially ordered both companies to start classifying all of its California drivers as employees. But after both companies threatened to immediately shut down their California operations, the judge temporarily stayed his order pending a scheduled October hearing before a state appeals court.

It should be noted that the Connecticut Department of Labor also uses the ABC test when determining whether or not a business is improperly classifying employees as independent contractors. So if you have reason to believe you have been misclassified–and thus denied access to key benefits like workers’ compensation insurance–you need to take immediate action. To speak with an experienced Stratford workers’ compensation attorney, contact the Morizio Law Firm today to schedule a free consultation.