Can I Sue My Employer Even If I Received Workers’ Compensation Benefits? 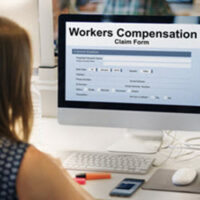 But there are exceptions to the exclusive remedy rule. Notably, if you can prove that your employer possessed the “subjective intent to create a dangerous situation with a substantial certainty of injury” to you or other employees, you can step outside the exclusive remedy of workers’ compensation and bring a personal injury lawsuit directly against your employer. Proving this is easier said than done, however, and Connecticut courts are reluctant to side with employees in these cases.

Indeed, the Appellate Court of Connecticut recently rejected such a case. In Hassiem v. O & G Industries, Inc., the plaintiff worked at an asphalt production facility in Stamford. One day, the plaintiff’s supervisor instructed him to clean an auger–a tool used for boring holes–as part of the employer’s annual maintenance program. This required the plaintiff to climb a ladder.

The plaintiff slipped and fell off the ladder. This was bad enough. Unfortunately, unbeknownst to the plaintiff, the auger’s power was still on. The plaintiff’s leg got caught in the auger and was “severed above his knee,” according to court records. The plaintiff subsequently received workers’ compensation benefits for this catastrophic injury.

But the plaintiff also filed a personal injury lawsuit. He alleged that his employer had intentionally “created a dangerous condition”–i.e., leaving the auger powered on–“knowing that the dangerous condition made his injuries substantially certain to occur.” A trial court dismissed the lawsuit, noting the plaintiff failed to present any evidence the employer’s actions were “intentional.”

The Appellate Court agreed with the trial judge. The appeals court noted that the only evidence of an “intentional act” presented by the plaintiff involved the employer’s decision to purchase–but not install–a safety device that would have made it impossible to turn on the auger’s power without multiple keys. While the employer “may not have made a wise managerial decision by failing to install the lockout devices expeditiously,” that did not demonstrate a “subjective intent to injure employees.” Now, had the employer disconnected an existing safety device, that might have been a different matter. But based on the facts presented in this case, the employer did not take any action that would justify stepping outside the exclusive remedy of workers’ compensation.

Given its nature as an exclusive remedy, it is crucial that you hold employers accountable for paying out the full amount of workers’ compensation benefits that you may be entitled to under the law. A board-certified Stratford workers’ compensation attorney can help. If you have been injured in a workplace accident and need legal advice on what steps to take next, contact the Morizio Law Firm today to schedule a free consultation.