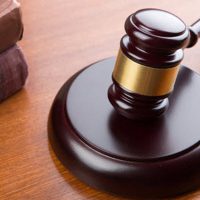 A recent case from the Connecticut Supreme Court reaffirms a time-honored principle of workers’ compensation law in stating that claims for alleged bad faith processing of a workers’ compensation claim are barred by the “exclusive remedy” provision of the Connecticut Workers’ Compensation Act (WCA). The plaintiff in Desmond v Yale-New Haven Hospital, Inc., et al (2022) formerly worked for the defendant, until 2004, when she suffered a “spill-related fall” while on the job and suffered significant injuries to her hands. The defendant was self-insured, and accepted her claim for workers’ compensation benefits, which should (in theory) have been the end of the matter.

However, four years later, the plaintiff proceeded to file several claims in a suit in the Superior Court of Connecticut, including alleged workers’ compensation fraud, breach of contract, and statutory negligence, among others. She alleged that her former employer had made “various filings” with the relevant authorities to “delay” the processing of her claim, which in turn led her to not receive treatment in enough time to preserve most of the function in her injured hands.

Based on the 2005 case of DeOliveira v. Liberty Mutual, the Superior Court ruled that these actions were barred under the exclusive remedy provision of the WCA. The exclusive remedy provision holds that if a person accepts workers’ compensation benefits, they cannot then file suit against their employer for any cause of action related to the same injury. The plaintiff appealed to the Supreme Court of Connecticut, which denied her appeal – and afterward, she sought to file suit against her former employer again, alleging new facts. Over the next few years, the plaintiff would seek to file essentially the same complaints, again and again, with the suits working their way through the court system until being consolidated into the current case.

In the most recent updated complaint, the plaintiff argued that her claims were not intended to be read as bad faith processing of a workers’ compensation claim; rather, she was alleging retaliation against her for filing for workers’ compensation benefits in the first place. Retaliation is a different claim than insurance bad faith (one, conveniently, not barred by the exclusive remedy provision); it alleges that a person was subjected to a negative employment action as a direct result of filing a claim for benefits to which they were entitled.

The Supreme Court held that the plaintiff’s claims were properly construed as being alleged incidents of bad faith processing of a workers’ compensation claim, rather than as retaliation, because the plaintiff did not experience any negative employment action. Since her claims were those of bad faith processing, the court then held they were barred by the WCA and DeOlivera.

If you have been injured on the job, it is crucial to understand that workers’ compensation is your only remedy in all but the rarest of cases – but if you have genuinely been retaliated against, you may be able to file a charge against your employer on that score. If you have questions or concerns about your case, contacting a Stratford workers’ compensation attorney from the Morizio Law Firm may help to get them managed. Contact our Stratford office today at 475-338-3505 for a free consultation.