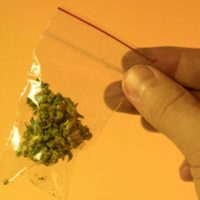 In mid-May 2022, Surgeon General Elizabeth Prelogar was asked to author an amicus brief to the U.S. Supreme Court “on behalf of the United States” in the combined cases of Musta v. Mendota Heights Dental Center, et al, and Bierbach v. Digger’s Polaris, et al. The Surgeon General did so, arguing that the justices should decline to hear the cases, allowing the ruling of the lower courts to stand and denying Musta and Bierbach the chance to have their medical marijuana covered under Minnesota’s workers’ compensation laws.

Musta and Bierbach are both workers in Minnesota who suffered ‘intractable pain’ as the result of work injuries, and legally purchased medical marijuana to treat their injuries under Minnesota’s Cannabis Act. Given that they both became disabled as a result of injuries suffered on the job, both submitted requests for workers’ compensation reimbursements, and were denied by the Minnesota Supreme Court on the grounds that federal law, which still characterizes cannabis as illegal, preempts the state’s Cannabis Act and opening the businesses to “federal criminal liability” if they complied.

The crux of the Surgeon General’s brief is that the federal Controlled Substances Act preempts any state legislation that legalizes cannabis, and thus it would “undermine congressional determinations” to essentially force businesses to disobey federal law in subsidizing medical marijuana. However, lower courts have been split on the issue, with Maine and Minnesota prohibiting the coverage of medical marijuana under workers’ compensation laws, while New Hampshire and New Jersey have both upheld them. The Surgeon General argues that this is not enough of a divide to warrant Supreme Court review, but such a decision is solely at the discretion of the justices themselves.

As of this writing, Connecticut law is unsettled on the issue of whether medical marijuana should be covered under workers’ compensation law. The opinion in the case of Noffsinger v. SSC Niantic Operating Company, LLC (2017) establishes firmly that a “qualifying patient” under Connecticut’s medical marijuana laws may not be discriminated against in employment on that basis, as well as stating that the Palliative Use of Marijuana Act (PUMA) creates a private right of action for individual employees on this issue. However, Noffsinger is a state trial court opinion, which means that it has no binding power on appellate or federal law, so it remains to be seen whether its holdings will be upheld at a higher level in the future.

If you use medical marijuana, and you fear being discriminated against on that basis, be advised that PUMA prohibits this treatment, and depending on the specific behavior of your employer, you may have a cause of action against them – however, it remains to be seen what the ultimate outcome of Musta and Bierbach will be. Contacting a Stratford workers’ compensation attorney from the Morizio Law Firm can help to clarify any questions or concerns you may have going forward. We are ready to try and assist you – call us today for a free consultation.